This book is available in eBook format Apple Books and Google Play Books – $4.99.

Ehud Diskin’s historical WW2 novel opens as the Nazis armies capture the western part of Russia, including Belorussia and its capital Minsk. Jews are fenced into ghettos from which they are taken to killings ravines. Seventeen-year-old David escapes the ghetto by himself and joins the partisans. During the next three years, he survives by fighting German soldiers and hiding in the forest and marshes. He quickly matures beyond his age and acquires fighting and survival skills.

In 1944, upon the liberation of Belarus by the Soviet army, David and several Jewish partisans settle their scores with some of the locals who had actively participated in murdering their families. David travels westward through war-town Poland and via Italy, and lands in Palestine in September 1945.

To his greatest shock, David discovers that British soldiers hunt down the illegally arrived survivors of the war and Holocaust. It ignites his ire and he decides to hunt the soldiers them down himself. For the next two years, David does so covertly, keeping it secret from his closest friends and from his girlfriend. He refuses to join any of the several Jewish resistance groups that are active throughout Palestine and in Jerusalem.

The author, who is the seventh generation of Jerusalemites, presents the city, its inhabitants and the dramatic days in that pre-independence Israel in minute details. 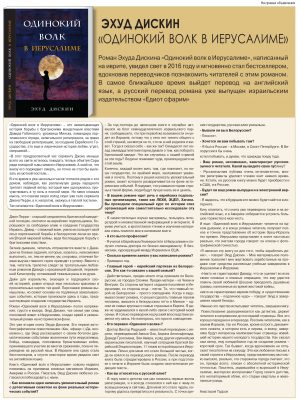