Shot through with tension, conflict, humor and wisdom, “Conversations with Rabbi Small” is a rich tapestry of past and present beliefs that Jews and non-Jews will find meaningful, thought-provoking, and more than a bit surprising. Told in the form of a novel, this insightful and sensitive book will be accessible to a large audience, from young people to adults.

Rabbi Small takes a break from sleuthing and heads to the mountains, but instead of working on his book, he finds himself spending time with a young couple engaged to be married. Joan, the bride-to be, appeared, unannounced, at his cabin door, wanting to know if the Rabbi would convert her to Judaism. It was vital to her forthcoming marriage, she said. The couple’s quandary prompts the Rabbi to delve deep into the philosophy, history, mysticism, truths and the fables of the world’s oldest religion. 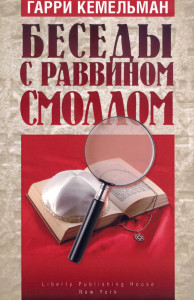