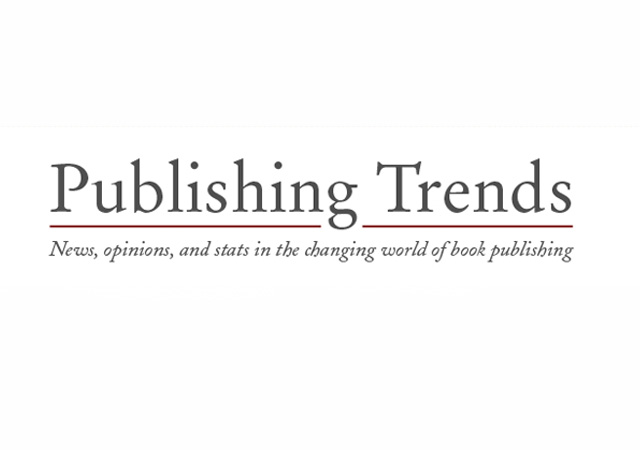 As dozens of Russian authors, poets, translators, and publishers descend on New York City for BEA’s Global Market Forum and Read Russia 2012 from June 2-7, Publishing Trends set out to explore Russian literature in the US as it exists even when large delegations from Russia aren’t holding readings and workshops around New York City. Read Russia will primarily be tackling the important questions of: what’s getting translated, who’s publishing it, and who’s reading it? A less-explored side, though, is the story of those who publish, distribute, sell, and read Russian-language literature in the original across the United States. While this niche industry has been significantly shaped by what has happened to Russian book business with the end of the Cold War and the rise of Russian capitalism, it has many challenges and accomplishments uniquely its own.

One particularly long-lasting example of Russian-language literature in the US is Liberty Publishing House, founded by Ilya Levkov in 1984. In the early 1980s, he felt compelled to address the hole he saw in Russian literary culture available to readers in the US, and the first years of the house—which coincided with the last years of the Cold War—were spent publishing the work Levkov admired that could not be published in the USSR. Manuscripts had to be smuggled out of the Soviet Union, (he recounts the bureaucratic nightmare of convincing officials to let authors keep a few copies of their own books once they were published) but he also took interest in the work of Russian authors writing in exile. In addition, Levkov was and is passionate about bringing work in translation to Russian-language readers. One of his major coups was winning the Russian-language rights to Tom Clancy’s novels when no Soviet publisher would have dreamed of touching them. Though the rights have sense been sold to a Russian publisher, the success of bringing Clancy to a Russian audience, especially at a time when  a book’s «topical ideology”  was of tantamount importance, was key in fixing Liberty Publishing’s place as a Russian-language publisher on the international scale.

Levkov’s ability to last beyond a time when he had no competition coming out of Russia is note-worthy. During the Cold War, several other stateside Russian publishers did exist, but almost exclusively to produce books that were smuggled into the USSR. The challenge for Liberty Publishing House in the past 10 years has been to maintain and engage as much of a limited and aging audience as possible. For almost 30 years, Levkov’s greatest resource has been a formidable mailing list—crucial, given the number of his customers who buy direct. His most powerful publicity tool, though, is his weekly show Liberty Now on New York City public access television, where he interviews both his own authors and other writers and artists. All episodes are viewable online, which increased his international reputation as well; it isn’t unusual for an author in Russia to submit a manuscript after having seen the program. Changes in Liberty’s printing costs have also made a difference—»but not just what you would think [i.e. lowered costs of digital/short-run]. You can’t imagine how long it took to convince Russians that in the US, just because it’s a paperback doesn’t mean it’s a piece of trash. For a long time, Russian-made paperbacks made an American mass market book look like a work of fine craftsmanship. It was hard to convince readers to buy anything that wasn’t hardback.”

Thousands of Russian-language readers in the US access reading material through public libraries. One of the major importers and library distributors is the rather confusingly named Russian Publishing House–which does not, in fact, publish anything of its own. Galina Sokolovskaya, the company’s founder and president, reports changes in reader taste within the past 10 years similar to those observed by Ilya Levkov: «Nonfiction was by far the most popular when we started 20 years ago, making up more than 50 percent of our business. But in the past 10 years, we’re dealing with about 70 percent fiction, 25 percent non-fiction, and approximately 5 percent children’s.” Even though Russian-reading library patrons are an aging population, «The library budgets are shrinking much faster than the readership. We’re trying to find new ways to serve the libraries and connect to our patrons there however we can.” To this end, Sokolovskaya will be helping to host events with visiting Russian authors at branches of the Queens Public Library during the course of Read Russia 2012, thereby expanding the program beyond English-language readers.

When it comes to retail, there are several large Russian-language bookstores in Brighton Beach, Brooklyn, but the most legendaryis in Manhattan. Irina Tice founded Russian Bookstore No. 21 in 2003; a career bookseller, she had more than a decade of experience in Moscow before she left for the US 20 years ago. Nevertheless, there was much about the US book business for which those years of bookselling in the USSR did not prepare her. The single biggest surprise—and force in shaping what No.21 has become—was the importance of the bookstore as an event space in the US. «People started asking me to hold their readings here. Then their artwork, their music, their book-club brunches! Bookstores NEVER did this in Russia (at least when I was there) and I had never thought about a bookstore as a cultural center.” Events have picked up, also, as self-publishing has boomed. Suddenly there are more local Russian-language authors who want a venue for readings. Some surprises haven’t required as much effort on Tice’s part, though. She had no idea so many students of Russian as a second language would seek her out. The number of young people who make their way to her shop «in this time of Kindles” continues to amaze her, as does the number of people who visit from all over the world.

Irina Tice has a unique perspective on changes in Russian literary culture in both the US and Russia in the past 20 years. «Young Russians come in and tell me they have never seen a bookstore like mine in Russia. Just the other day, a young man came in and said he had never seen so many philosophy books together in one place!” She gestured incredulously to three short shelves in the corner, whose contents probably added up to 25 titles. «For so long, you could publish so little in Russia. Even after 20 years of freedom of the press, people are still so excited, they will publish and read anything—just because they can. This has its good and its bad. When I was a book-buyer in Moscow, we couldn’t, for example, have any books about Buddhism—but we also didn’t have 15 different cheap astrology booklets. There doesn’t seem to be much place yet for selective high-quality bookstores, which is why young Russians are so amazed at what they see here.”

An ability to navigate and appraise two vastly different worlds at the same time is perhaps the most important tool of the trade for Ilya Levkov, Galina Sokolovskaya, Irina Tice, and others like them. The United States’ share of the «Russian Diaspora” is one of the largest in the world, last tallied at over 3.2 million. The number of Russian-language readers in the US boomed in the 1990s when Russians emigrated during upheaval in the former Soviet Union, but growth dropped off around 2000 as the new Russian state began to stabilize. Therefore, the small Russian-language book industry in this country serves a dependable, but not growing customer base. These readers have little interest, on the whole, in what they see as «new developments.” This is true of ebooks, but everyone PT spoke to alluded to the more subtle effects of these readers’ having  little direct experience of the new literary culture that’s sprung up since they left Russia.

Russian-language publishers, distributors, and booksellers in the US strive to keep delivering books in ways their aging customers find most comfortable–whether that be through libraries, direct sales, or traditional bookstores. They simultaneously find themselves obliged to evaluate extreme changes to title selection, marketing, distribution, and more taking place in Russian book business on the other side of the world. More than anything, they serve the role of long-distance mediators, bringing the products and impacts of all that is happening in Russia to a community of readers that has and will maintain a character all its own.